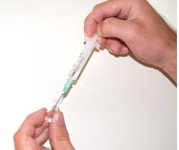 The Advertising Standards Authority (ASA) has banned two campaigns and warns the industry to clean up its act. The rulings from the banned campaigns are being used to highlight exactly what is expected from advertisers promoting treatments such as Botox.

The companies in question promoted Botox as being a ‘revolutionary treatment’ that produces ‘astonishing results’. They also said that the treatment could ‘erase lines’ and leaves you looking younger.

A spokeswoman from the ASA has said the following:

“Any company referring to Botox must stick to the facts and avoid any promotional language. We’ll be communicating this requirement to the sector and providing help and advice so they get their ads right.”

Currently Botox is only available on prescription and under the UK advertising code health and beauty companies are not allowed to market Botox in a promotional way, for example referring to its benefits as a beauty treatment.

Back in 2007 several ad campaigns were banned due to the use of false eyelashes and more recently the ASA launched a crackdown on airbrushed images in advertisements.

It seems as though the beauty industry is being forced to be more truthful, especially when it comes to advertising. This shift in perception will hopefully lead to a more trustworthy industry.

If you are considering Botox, it is important to know all the facts and to speak to someone qualified to carry out the procedure. You can find out more by visiting our Botox page.

Other articles by Katherine