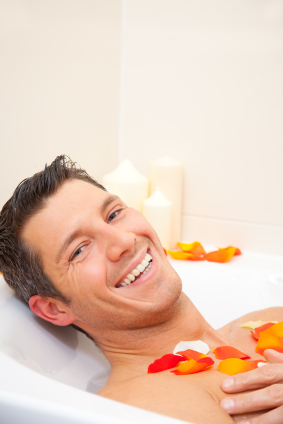 After making his beauty debut with a string of quirky perfumes in novelty bottles, Jacobs is now heading full throttle into the cosmetics industry with a new make-up collection. Unlike most other make-up collections ever launched, this one will have something special – a range designed especially for that new mystical breed of man: the metrosexual male.

With the tagline ‘Boy Tested, Girl Approved’, it’s clear this make-up line is aimed at well-groomed men who love the ladies.

Talking about his new collection on his website, the New York designer said: “I personally tested all the products. Witness my brow and my luscious lips.”

In a promotional video posted on his site, Jacobs takes male shoppers through his own personal favourite products, which he keeps in his ‘trousse de toilette’ – bathroom bag to the rest of us.

Jacobs, the purest image of the suave gentleman, is hoping other men will follow in his footsteps by applying the same stuff women have been putting on their faces for centuries. He says he likes to use his Remedy Concealer, a unisex concealer with a palladium tip that adds coolness beneath the eyes and hides dark areas – great for guys who work hard or party late into the night.

Another product, the Brow Tamer, does just what it says on the pot – it tidies up unruly brows with a non-sticky, non-gooey formula that can be applied with a soft wand applicator.

If Vaseline or standard lip balm isn’t enough to soften the weathered lips of a hardened man, the minty-tasting Liplock should do the trick. It promises to banish dry lips without producing that give-away sticky look many lip glosses produce. With this in hand, men can be constantly ready to “kiss and make out with the right person”, according to Jacobs, ever the charmer.

It seems male grooming isn’t such a taboo subject anymore, with many men clamouring to look as well turned out as stars such as David Beckham and George Clooney. While these celebrities might have millions of dollars to look good, products in Marc Jacobs’ new collection start from a very reasonable £15.

It’s no surprise then that Marc Jacobs isn’t the only designer testing the waters of the male cosmetics market. This lucrative industry is also being tapped by film director turned fashion designer Tom Ford. Next month he’s set to launch his own range of male products to join his already highly successful women’s collection.

Ford’s range will include a cleanser, concealer, mud mask and bronzer so men everywhere can enjoy the transformative effects of make-up.

A spokesperson for Estee Lauder Cosmetics said modern day men want to looked groomed rather than rugged, allowing them to finally embrace the joys of cosmetics.

Other articles by Zoe